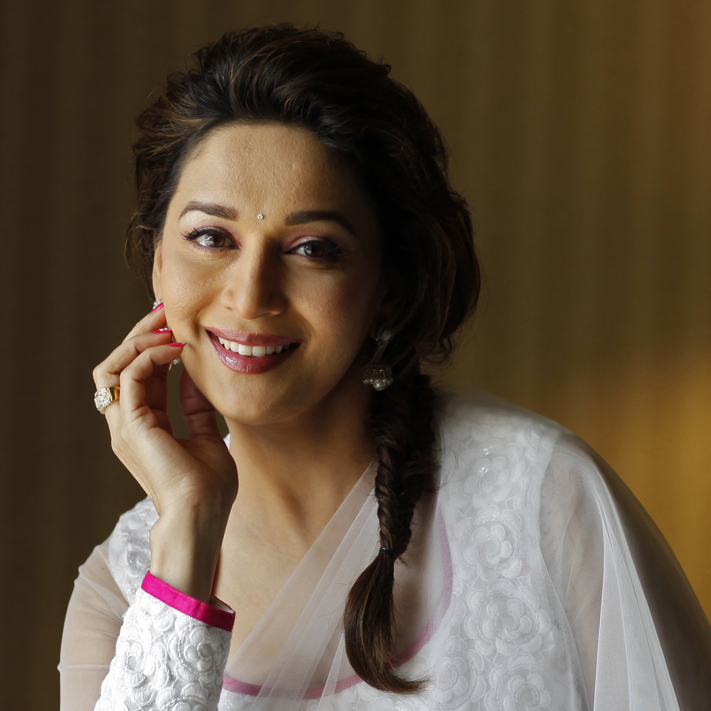 Madhuri Dixit, the dancing legend of Bollywood has never failed to move us with her dancing moves. Undoubtedly an icon, she has inspired many actresses to give their best to the dance numbers in their roles. Many a film that Madhuri has acted in is long remembered due to her dancer numbers.

One such example is ‘Sailaab’. A Bollywood suspense thriller directed by Deepak Balraj Vij, starring Aditya Pancholi and Madhuri Dixit, the movie did not fare very well at the box office. What stood out in the movie however was Madhuri’s spectacular dance number, ‘Humko Aaj Kal Hai Intezaar’.

In a candid chat with Radio Nasha, Madhuri confessed that this was one of her personal favourites. Her scintillating moves in the song are evergreen and grow on the audience across ages.

For its time, the song was unique and a first of kind. The complete song was conceptualized around a theme and for the first time, a lead actor was shown singing. While she sang and danced to the main lyrics and the ‘mukhada’, the background dancers sang the ‘antara’. The detailing of the song was done painstakingly and is fascinating to watch.

This song was beautifully choreographed by Saroj Khan. The scope for expressions in the song excited both Saroj Khan and Madhuri Dixit and they spent hours perfecting every move. What emerged in the end was for the world to watch and appreciate!

A dream to watch in each of the songs that she has performed, Madhuri had a pact with Saroj Khan that they would never repeat any dance movements in any song.