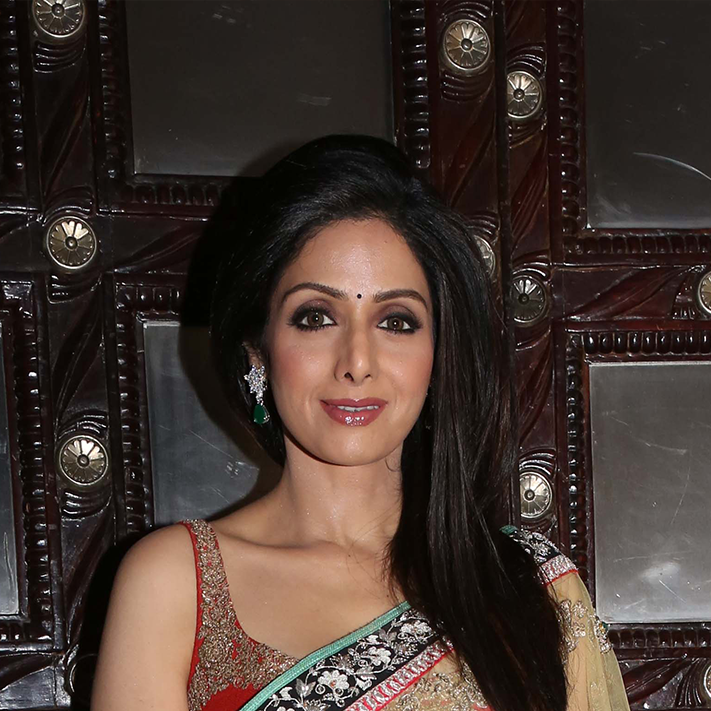 Recipient of the Padma Shri Award, the fourth highest civilian honour and  voted ‘India’s Greatest Actress in 100 Years’ in a CNN-IBN national poll conducted in 2013 on the occasion of the Centenary of Indian Cinema, Sridevi is one the most loved actors of Hindi and Tamil Cinema.

The fashion icon has always managed to mesmerise her fans not just with her vivacious and enthralling acting but also her gorgeous looks. The dream of top notch designers and the ‘Ultimate Diva’ is also one of the most celebrated dancers in Bollywood!

Taking a trip down the memory lane, Radio Nasha revisits some of the most iconic roles that we couldn’t imagine being played by anyone else!

One of Sridevi’s undoubted best performance, few know that Sridevi was not the first choice for this role. The role was first offered to Dimple Kapadia. Dimple was however, at that point of time, busy shooting for Saagar and the role was bagged by Sridevi. This is considered one of the most definite child acts in the history of Bollywood.  The song “Ae Zindagi Gale Laga Le” is our recommended melody from this beautiful film.

This was an award winning performance by Sridevi. In an era where women centric films were far and few, Sridevi weaved magic in this Pankaj Parashar’s comedy film where she played a double role of the coy and obedient Anju and the bold, strong and tomboyish Manju. The song “Na Jaane Kahan Se Aayi Hai” perfectly summarises Manju’s character in this movie and is one of our favourites!

The evergreen Rekha was Yash Chopra’s first choice for this movie. However, the age restriction for this role made him consider Sridevi for this movie. The rest as they say is history, from the lehenga in “Mere Haathon Mein Nau Nau Choodiyan Hai” to the gorgeous georgette sarees in “Tere Mere Hoton Pe”, Sridevi looked as if the role was written for her from scratch! To the extent that “Chandni” became a fashion brand in itself in the era!

‘Nagina’ is one of the “Top 10 Snake Films of Indian Cinema”. Sridevi played the role of an ‘Icchadhari Nagin’, a snake who could shift shapes. Sridevi’s dance number which plays during the climax of the film, ‘Main Teri Dushman, Dushman tu mera’ is one of her best performances and still gives many of her fans goosebumps even till date. The movie gave us a very sexy ‘Nagin’.

No mention of Sridevi can be complete without the mention of her role as Seema Sohni in ‘Mr. India’. The song ‘Kaate Nahin Kat te ye din ye raat’ is still one of the most loved ways of confessing love! And ‘Hawa Hawai’ became the anthem for all fun loving girls! This fun filled role made her fans fall in love with her all over again!