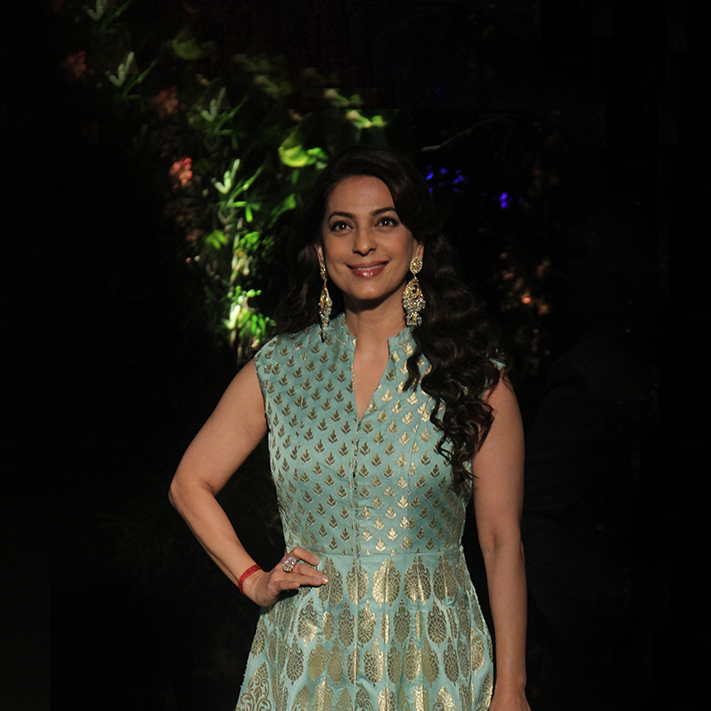 The story behind Juhi Chawla’s Cameo in ‘Andaaz Apna Apna’

The girl next door with a smile that lights her eyes up, Juhi Chawla is one of the most love female actors in Bollywood. With her vivacious and bubbly style she has won the hearts of many. Radio Nasha caught up with her and in a candid chat she told us some really great stories about her cameo in ‘Andaaz Apna Apna’

Juhi Chawla’s favourite film is Andaz Apna Apna. She loves the way the story unfolds. The director of this film is Raj Kumar Santoshi and Juhi claims that she is hooked to his storytelling style. He inspires her to the extent that she took her acting cues from him.

Raj Kumar Santoshi’s writing prowess and his narration antics have made Juhi his biggest fan. He would narrate every scene in detail and then enact it to perfection for her. Raj would re-create the scenes with so much finesse that Juhi felt all she needed to do was simply copy him.

From cute to cutest

Each scene in ‘Andaaz Apna Apna’ is so well crafted that it sends the viewers on a laughing spree. But it’s not just the viewers that the movie gave laughter fits to. Every scene is such a masterpiece that all the actors couldn’t stop themselves from laughing too. The movie has cameo by Juhi Chawla in the introductory scene of Aamir Khan. Juhi finds that scene incredibly cute. It started with Aamir first calling her ‘Madam’. Then taking her full name ‘Juhi Chawla’ to calling her ‘Juhi’ and finally ending at ‘Ju’… She was so deeply entrenched in the scene that it took her one entire day to finish her ‘cameo’. She was extremely delighted to be a part of her favourite film.